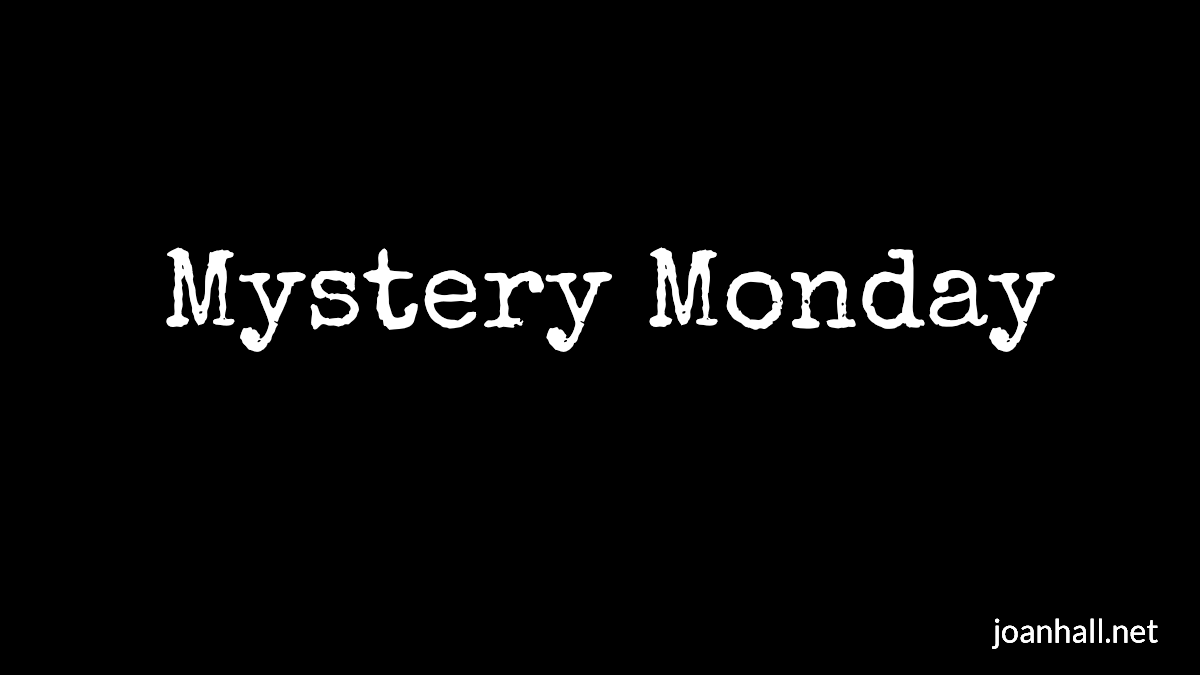 Time to wrap up another year of Mystery Monday posts. This month we’re going across the pond to the town of Hexham, Northumberland, England.

Florence and John Pollock were married in the 1940s. Florence gave birth to two sons before welcoming their first daughter, Joanna, in 1946. In 1951, the Pollocks had a second daughter named Jacqueline.

Even with their five-year age difference, the two girls shared a close bond. Joanna took on both the role of big sister and also type of mother to Jacqueline since Florence stayed busy running the family’s grocery business.

Supposedly Joanna claimed she would remain a child forever and not grow up to be a lady. In 1957 when she was eleven and Jacqueline was six, the two girls were walking to church with a friend named Anthony. An erratic driver came up behind the children, hitting all three, and killing the girls instantly. Anthony died of his injuries while on the way to the hospital.

As you might imagine, Florence and John Pollock were grief-stricken over the deaths. Florence fell into a deep depression. John held the spiritual belief the girls were in Heaven or that they would be reincarnated. This put a strain on their marriage—Florence was a strict Catholic and didn’t hold to any beliefs in reincarnation.

However, the two of them remained together and Florence became pregnant again. John was convinced Florence would give birth to twin daughters, even though there wasn’t a family history of twins. The doctor claimed there was a single fetus, and Florence said she never felt like she was carrying two babies.

When the twins were three months old, the family moved to Whitley Bay which is east of Hexham. After they were old enough to talk, they began asking for toys that belonged to Joanna and Jacqueline. They were able to identify these toys by name, and even divided them in the same way their sisters did.

John and Florence also noticed the girls had similar personalities to Jacqueline and Joanna. Gillian, born ten minutes before Jennifer, was protective of her sister much in the same way Joanna was to Jacqueline. The twins enjoyed many of the same games and foods as their older sisters.

As the girls got older, they seemed to have vivid memories of Hexham despite them being too young to remember living there. They would sometimes panic upon seeing cars and supposedly knew about street safety without their parents telling them.

When Jennifer and Gillian were four, the family returned to Hexham. The girls pointed out landmarks they had never seen before, including the school Joanna and Jacqueline attended, Hexham Abbey, and a playground where their deceased sisters loved to play. Jennifer and Gillian seemed to know their way around the playground.

Florence continued to reject the idea of reincarnation until she overheard the girls talking about Joanna and Jacqueline’s car accident. Gillian cradled Jennifer’s head saying, “The blood is coming out your eyes. That’s where the car hit you.”

Shortly after they turned five, memories of their “past life” began to fade. However, their story drew the attention of Dr. Ian Stevenson, a psychologist who studied reincarnation. He believed their story was real.

John and Florence claimed they never talked about Joanna and Jacqueline to the twins, but many skeptics believe they heard stories from their older brothers.

Whatever the case, this remains a strange and bizarre mystery.

37 thoughts on “The Pollock Sisters”