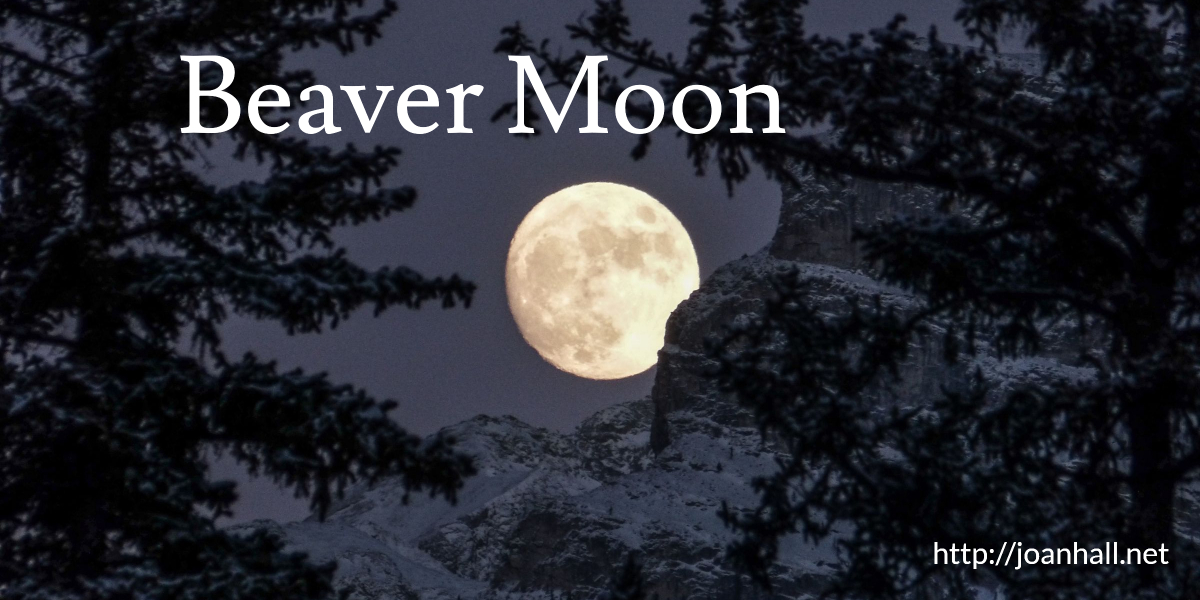 Hey, everyone. We’re nearing the end of this series on the Native American names for full moons. If you missed the others, just click the following links.

The November full moon is aptly named the Beaver Moon. This is the time when beavers finish preparations for winter and retreat into their lodges.

I’m in awe of how many unusual celestial events we’ve been privileged to see in our lifetimes–Halleys Comet in 1986 (although it was a bit disappointing), the Hale-Bopp Comet in the 1990s, a Super Blue Blood Moon in January 2018, and more.

Ever wonder why people keep rabbit feet? It’s considered lucky, especially if the rabbit was killed in a cemetery by a cross-eyed person during the dark of the moon. (Is that not weird?)

What weird or strange superstitions have you heard about the moon? Please share in the comments.

33 thoughts on “November – The Beaver Moon”