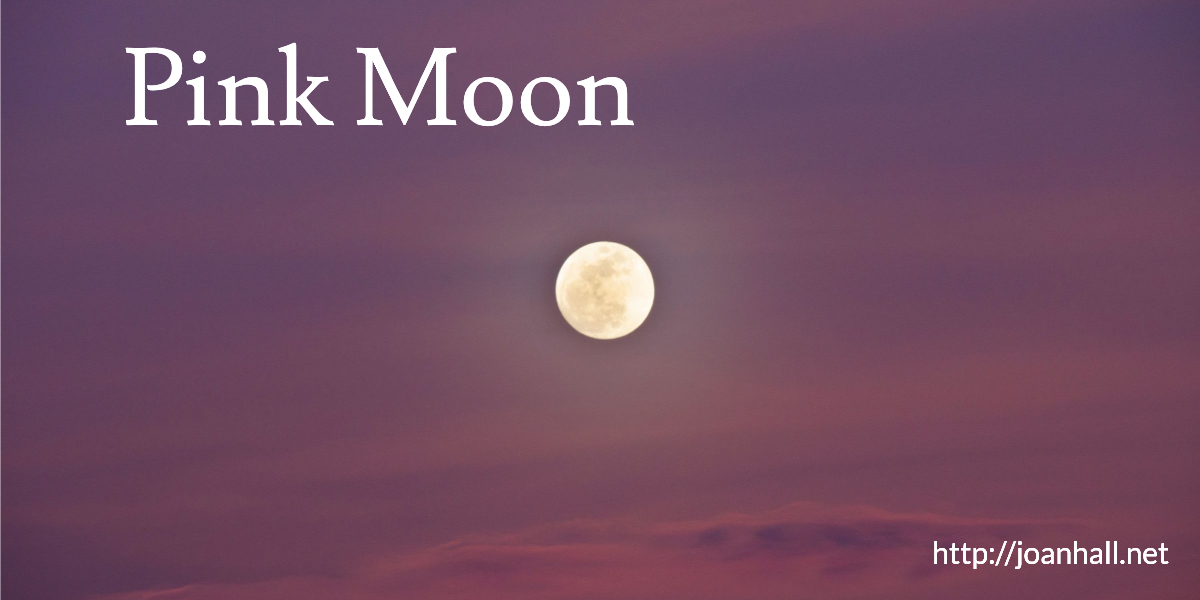 Hey, everyone! I hope you’ve enjoyed my monthly series about the full moons. So far, we’ve covered The Wolf Moon (January), The Snow Moon (February), and the Worm Moon (March). Now it’s time for the fourth moon in our calendar year.

The April full moon is often referred to as the Pink Moon. This came about because it’s the month that heralds the appearance of “Moss Pink” or wild phlox, one of the first spring wildflowers. It has nothing to do with the color of the celestial body.

Other names include the Planters Moon and the Maple Sap Boiling Moon. This year’s Pink Moon is also known as a Supermoon.

One of the most common superstitions suggests that during the full moon more babies are born than on other nights. No scientific studies have proved that claim.

Do you know of any legends or superstitions about the full moons? Please share in the comments.