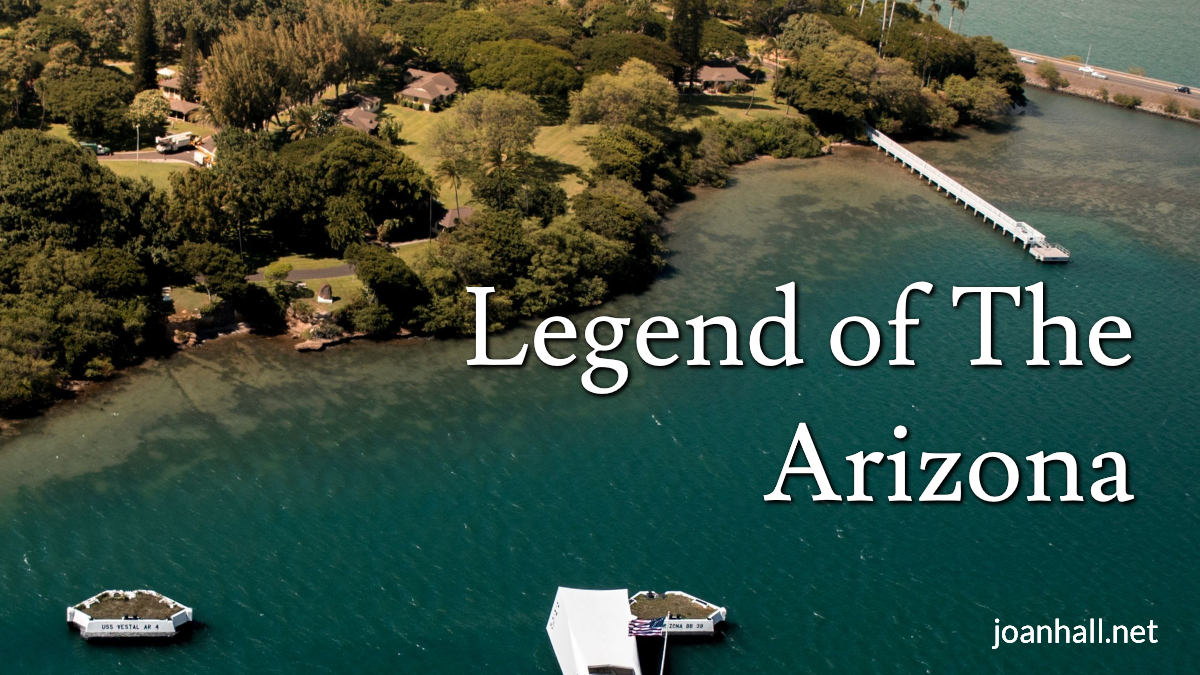 Hey, everyone. Today’s Mystery Monday post isn’t so much a mystery but a legend. Curious? Read on.

“December 7, 1941. A date which will live in infamy.” President Franklin D. Roosevelt said those words in a speech to a joint session of congress a day following the attack by Japanese forces on Pearl Harbor.

The surprise attack occurred just before 8:00 a.m. Casualties were high—2,335 killed and 1143 were wounded. Numerous aircraft and ships were damaged. Of the eight battleships stationed at Pearl Harbor, four sank, including the USS Arizona.

Here are some interesting facts about the ship.

When the oil coats the surface of the water it’s often referred to as “tears of the Arizona,” or “black tears.” This is the source of a legend, with many believing the ship will stop leaking oil when the last survivor dies.

Of the 335 survivors, only two remain—Lou Conter of Grass Valley, California, and Ken Potts of Provo, Utah. Both men are ninety-eight years old, so it’s unlikely the legend will become true.

27 thoughts on “Legend of The Arizona #MysteryMonday”